The City of San Luis Obispo Fire Department deploys resources and personnel from four fire stations in order to maintain the response time goal of 4 minutes travel time to 95% of all emergencies.  The configuration of the City along with the transportation thoroughfare challenges of US Highway 101 and the Southern Pacific Railroad - both of which slice through the City - create unique response challenges for the Fire Department in our small and vibrant community.  Additionally, although the Cal Poly campus is not within the City's boarders, the Fire Department provides primary fire and medical response to Cal Poly.

Click here to view a map of our response zones. 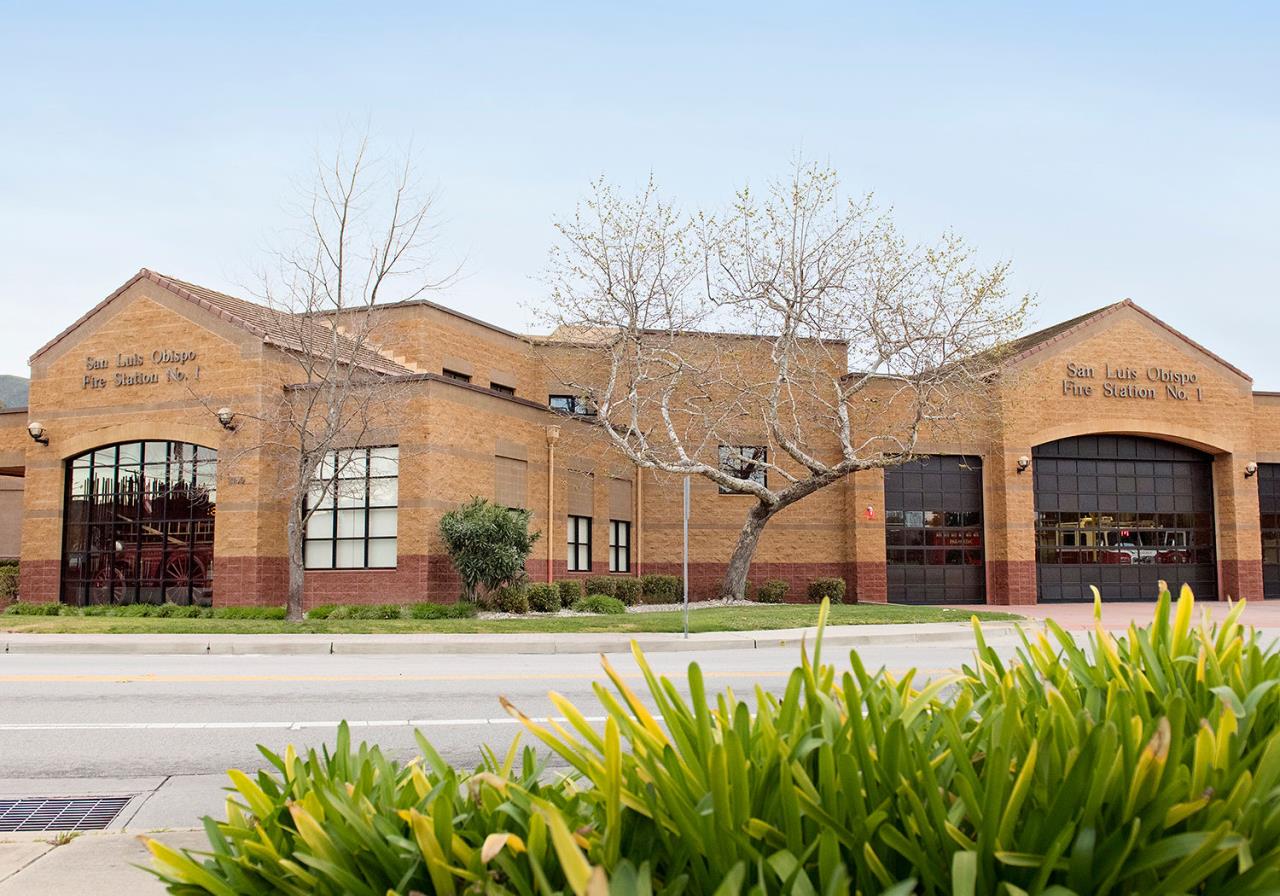 Fire Station 1 was completed in 1996. The newest fire station in the City, Fire Station 1 provides primary response to the downtown sections of San Luis Obispo.   It houses the Fire Administrative staff, the Fire Prevention Bureau, and the department’s apparatus maintenance shop, the City's Emergency Operations Center (which doubles as the Department's lone training classroom) as well as emergency response personnel and apparatus. On the emergency response side, this station is staffed by a Battalion Chief and a 4-person paramedic truck company. 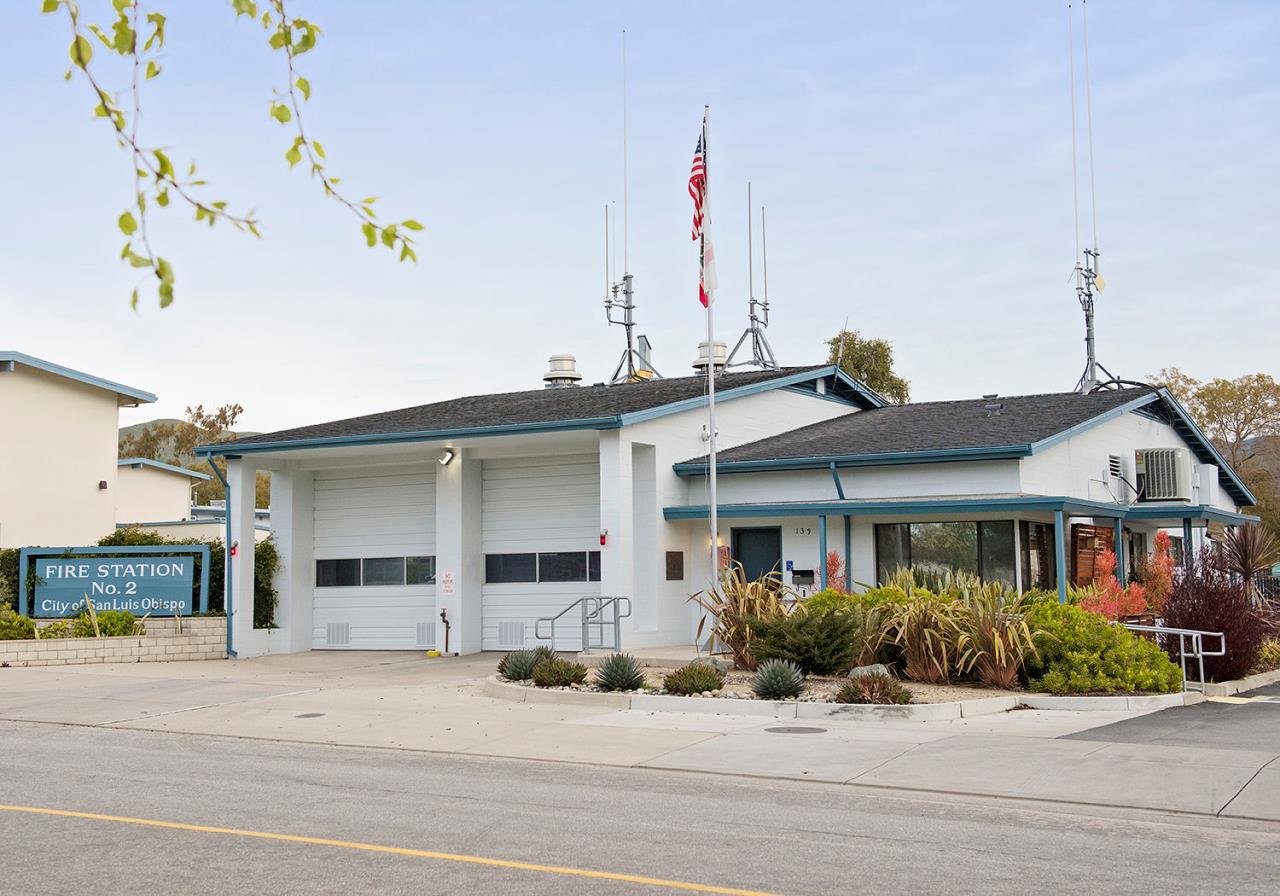 Fire Station 2 was built in 1953. The oldest fire station in the City, Fire Station 2 provides primary response to the north sections of San Luis Obispo and to the Cal Poly campus. The calls for emergency service on campus account for approximately one-quarter of Fire Station 2's calls for service. This station is 2,900 square feet with two apparatus bays. In 1993 the station was retrofitted for seismic stability. Fire station 2 is staffed with a 3-person paramedic engine company (one Captain, one Engineer, and one Firefighter).

Fire Station Three was completed in 1960. Fire Station Three is the only fire station on the east side of the Southern Pacific Railroad line and provides response to the south end of the city. The station is staffed by a 3-person paramedic engine company. 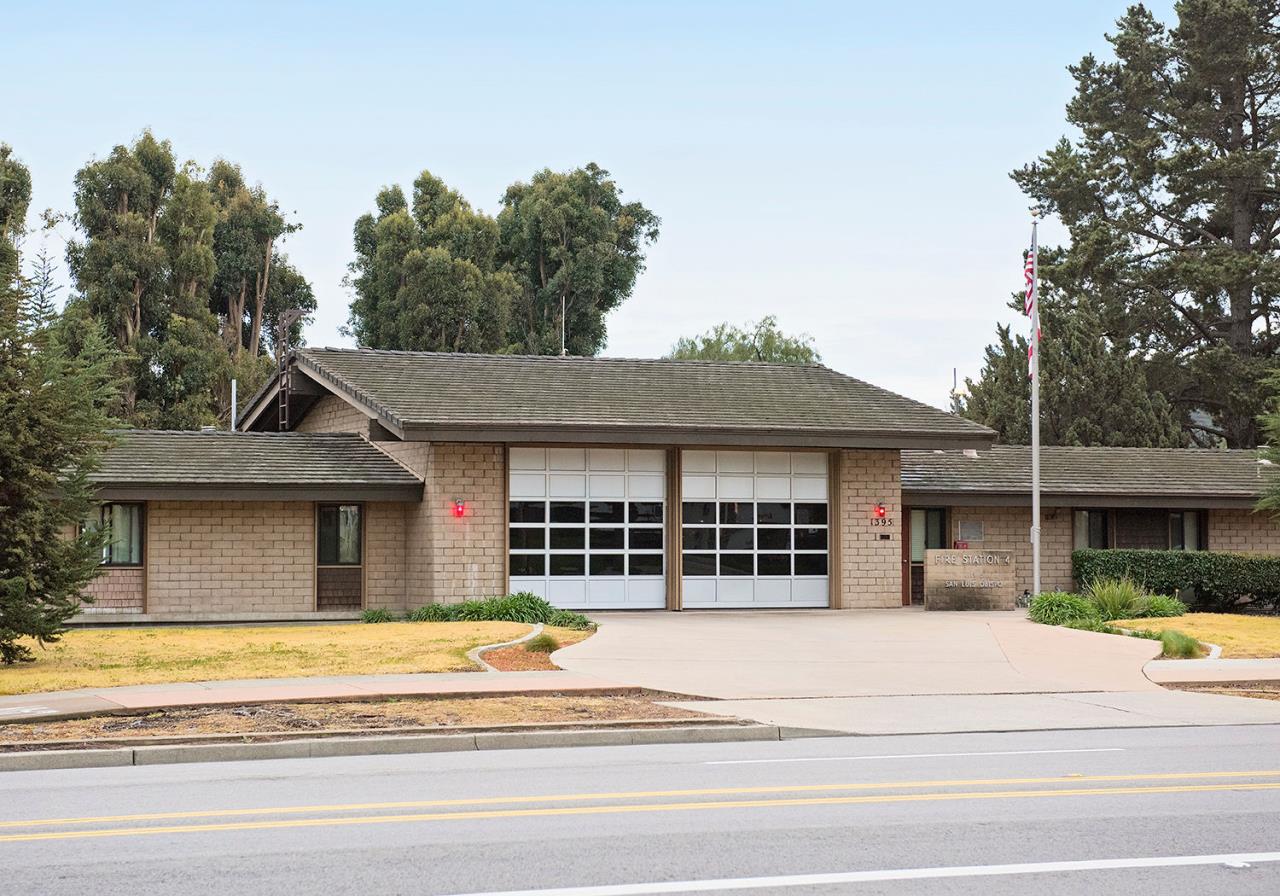 Fire Station Four was constructed in 1978. It provides primary response to the Laguna Lake area and western- sections of San Luis Obispo. The station is 3,522 square feet on .80 acres and is staffed by a 3-person paramedic engine company.

The training grounds are located at the rear of Fire Station 1 on 2.43 acres. It consists of a small training tower with props and a concrete pad room for training evolutions.  Collocating the training structure and the mechanic's shop at Station 1 maximizes our ability to simultaneously accomplish many objectives while maintaining our emergency response crews in the central section of the City.

With this three-story tower providing the foundation, our firefighters have taken great pride in building training props that allows them to train on the latest fire and rescue techniques. 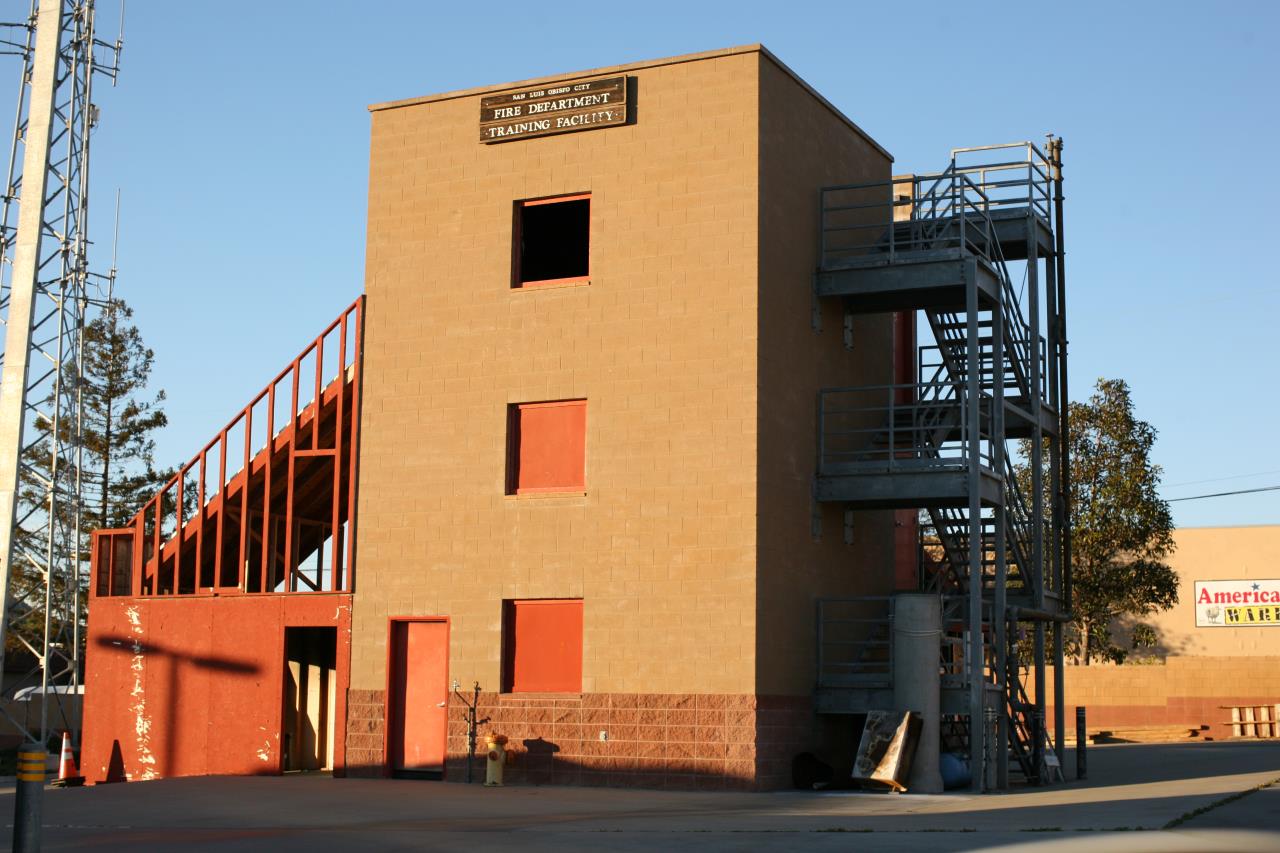