On September 5, 2017, the City Council unanimously adopted the Downtown Concept Plan by resolution. The Final Plan Supplement and Illustrative Plan are available for review and download below. A limited number of plan posters are available for purchase at the Community Development Department.

To download a print-ready version of the Downtown Concept Plan Supplement, go here.

The update of the General Plan Land Use Element in 2014 included an implementation objective to update the Downtown Concept Plan to address the significant changes in or affecting the downtown since the original plan, and to include opportunities for meaningful public input (LUE Program 4.24).

In December 2015, staff, volunteers, and a consultant team began working on the update of the Conceptual Physical Plan For The City's Center, originally adopted by the City in 1993.The primary objectives of the project were to assess and update the present development, vision, goals and concepts related to downtown, in order to provide a road map for future public projects and guidance for private development in the downtown and surrounding areas.

On September 5, 2017, the San Luis Obispo City Council provided direction to continue to move forward with Mission Plaza Concept Plan implementation, specifically identifying the replacement of the restroom as a key first step.

Concurrent with the update of the Downtown Concept Plan was the development of the Mission Plaza Concept Plan. A consultant team was hired to work with City staff to assess the condition, uses and policies related to the existing Mission Plaza; determine impacts of Plaza events on adjacent residential neighbors, businesses, Old Mission Church operations and San Luis Obispo Creek habitat; explore expansion of the Plaza into the adjacent Broad/Monterey St. “dogleg” through permanent or temporary street closures; and provide a vision for the future of the Plaza and surrounding streets. The overall goal is to revitalize and refresh this important community hub and provide the City a road map for planning of future maintenance and development projects for the Plaza.

Two well-attended workshops were held where area residents were shown a presentation of the history and background of Mission Plaza, its current condition and possible improvement and expansion opportunities. Additionally, the community was engaged in reviewing concept design alternatives based on previous public input and had the opportunity to provide more valuable feedback. There was also the following advisory body review of the plan alternatives: Planning Commission (PC), Parks and Recreation Commission (PRC), Architectural Review Commission (ARC) and Cultural Heritage Committee (CHC).

Presentations and design concept alternatives are available for review below:

Thank You For Helping Us Imagine Downtown SLO!

Both projects solicited input from a wide range of stakeholders and the general public. This work began in January 2016 with stakeholder focus groups for the Downtown Concept Plan and the Mission Plaza Concept Plan. Thank you to everyone who shared their issues and ideas with us.

Our first public workshop was held on February 20, 2016 for the Downtown Concept Plan and Mission Plaza Concept Plan Projects: 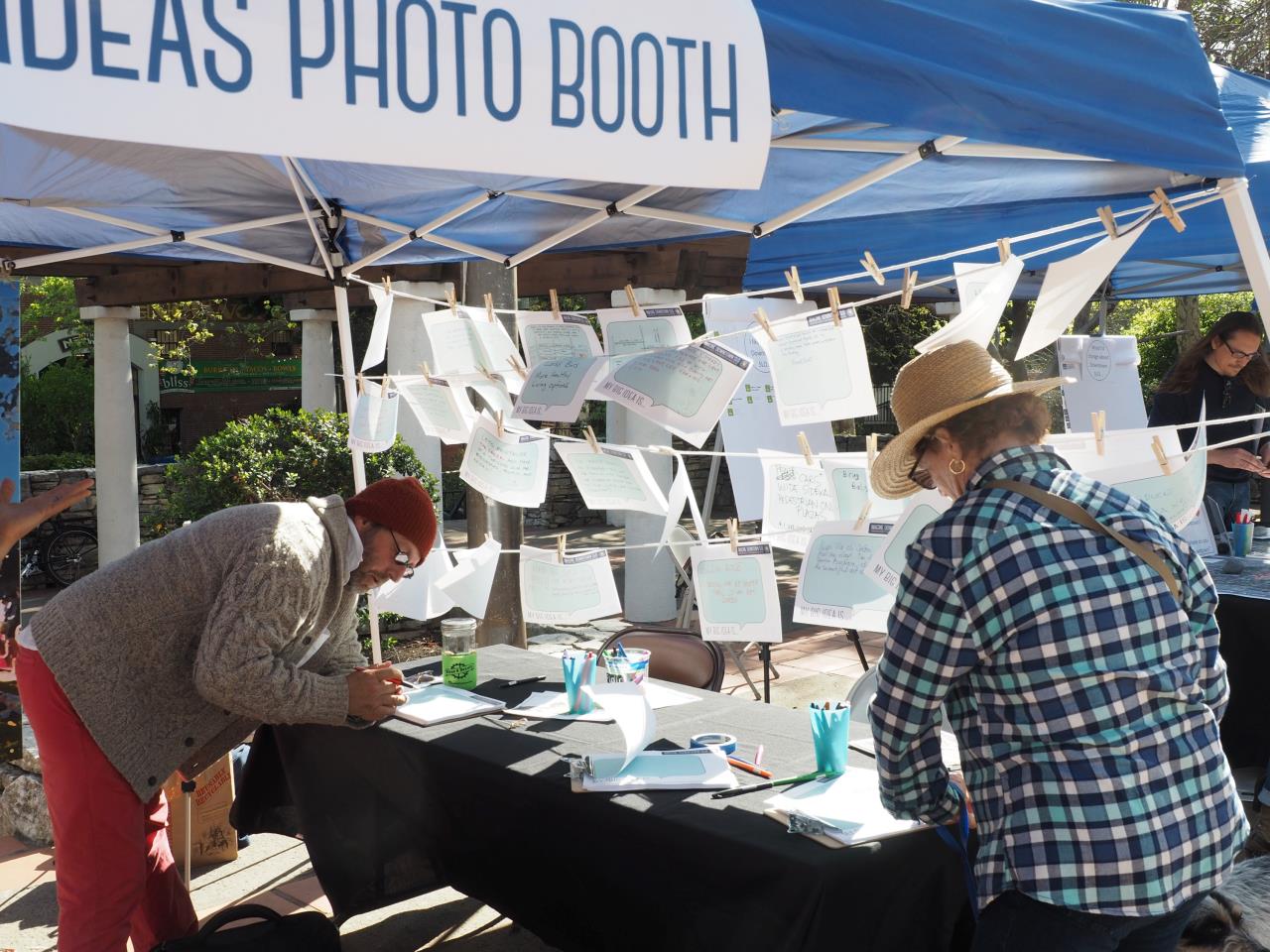 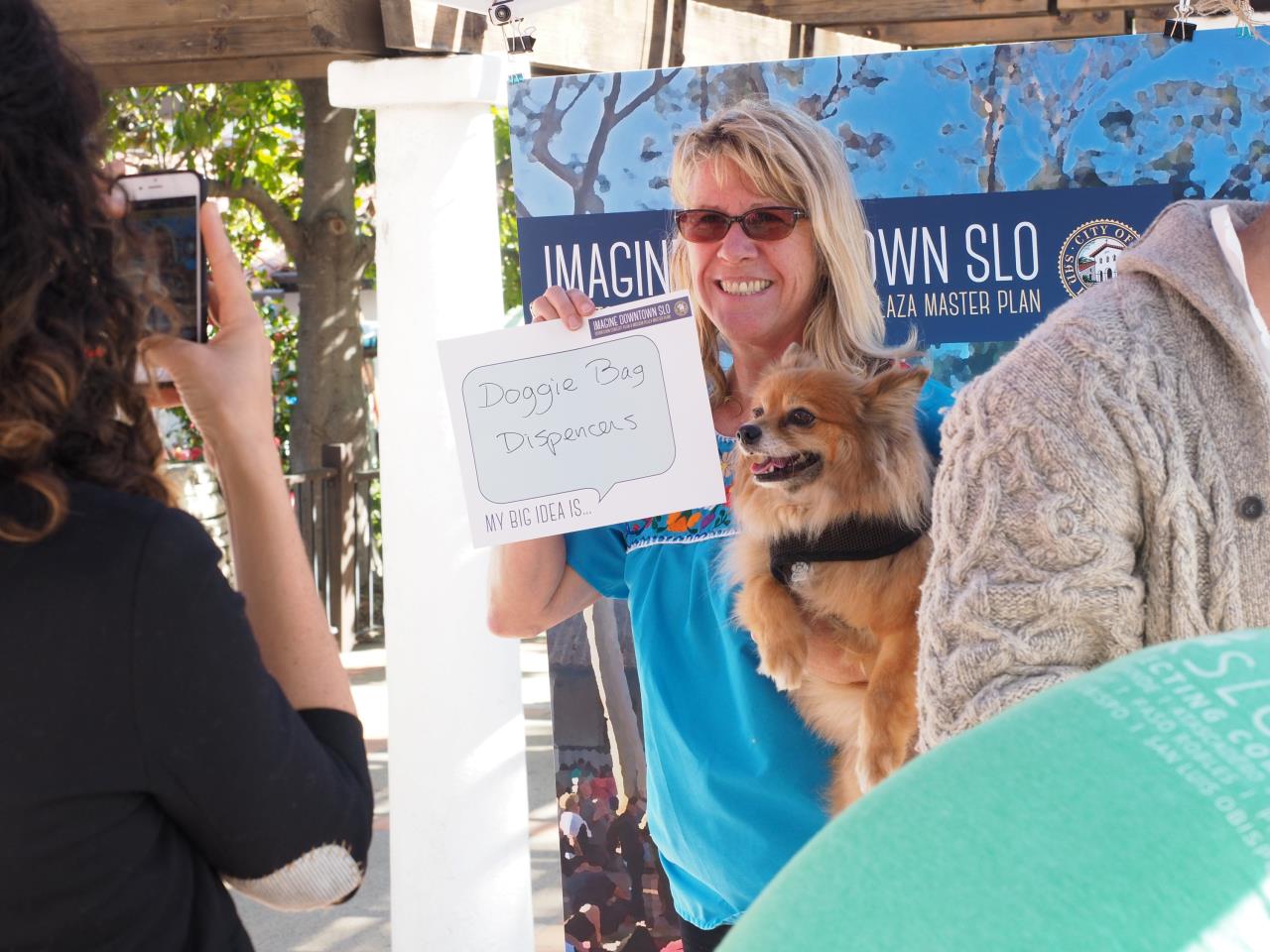 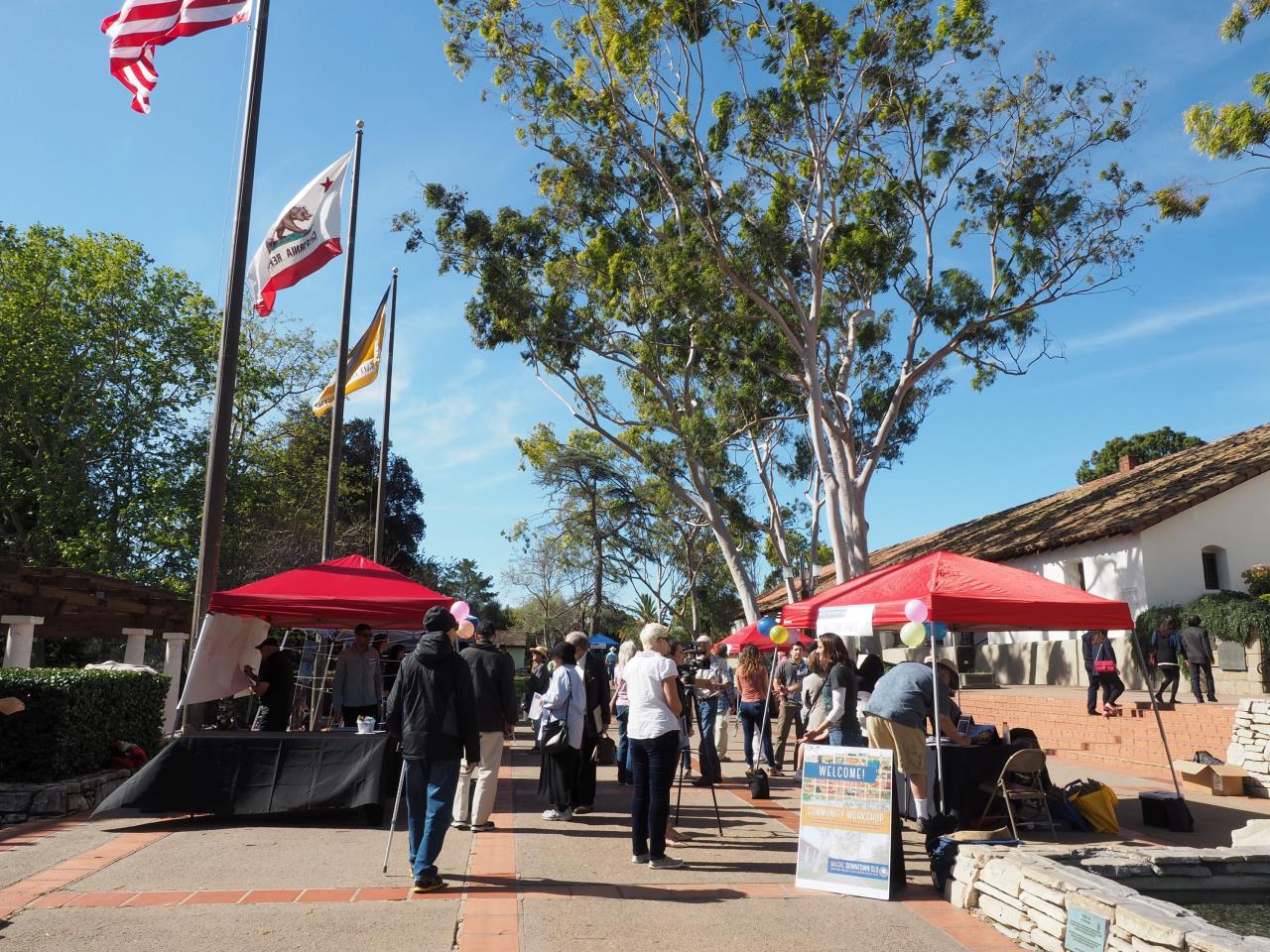 Our second workshop on the Downtown Concept Plan was held on Saturday, February 27, 2016 at the SLO County Library. It was an interactive small-group format to refine input from the open house, provide feedback and start prioritizing project ideas: 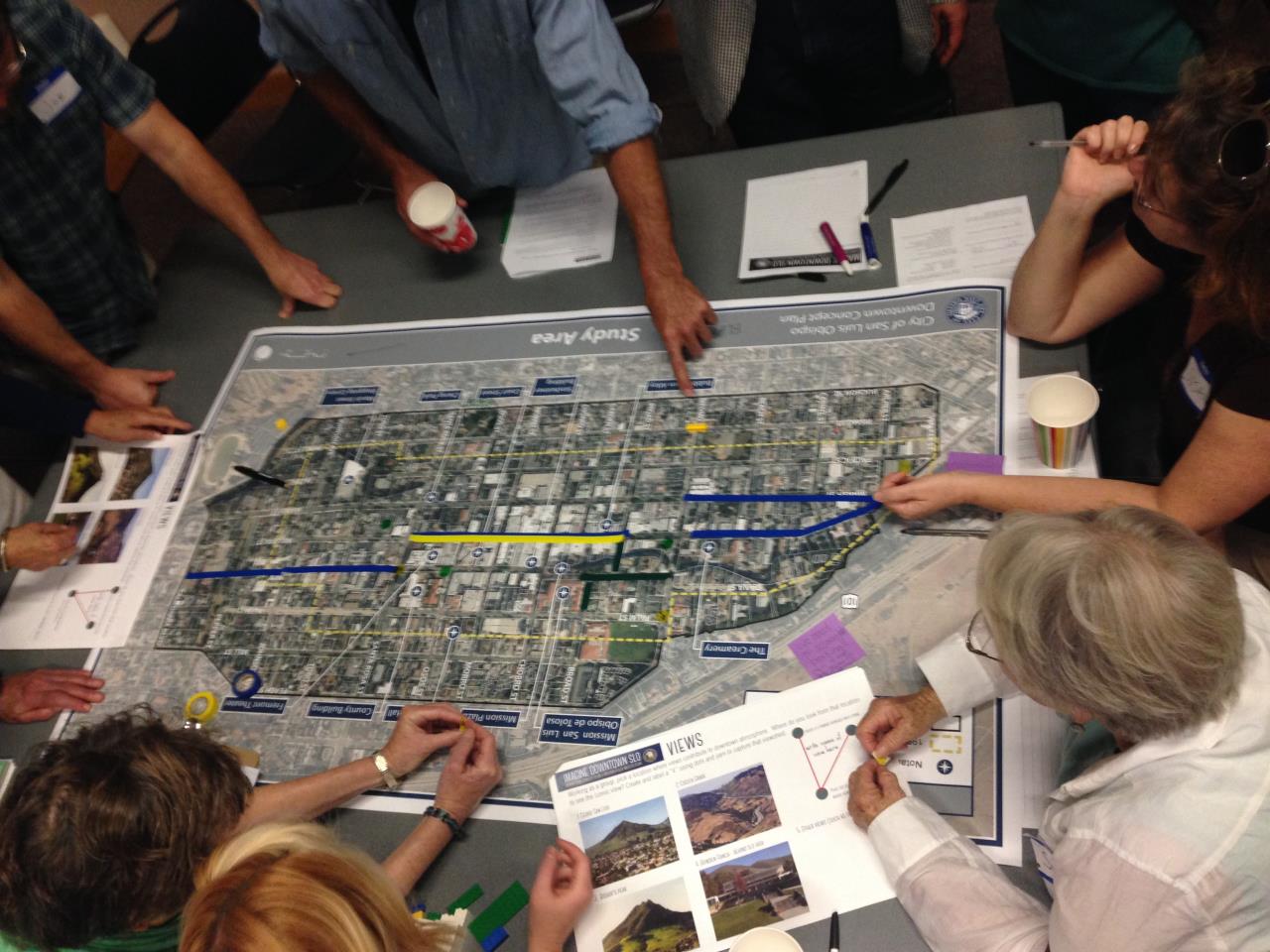 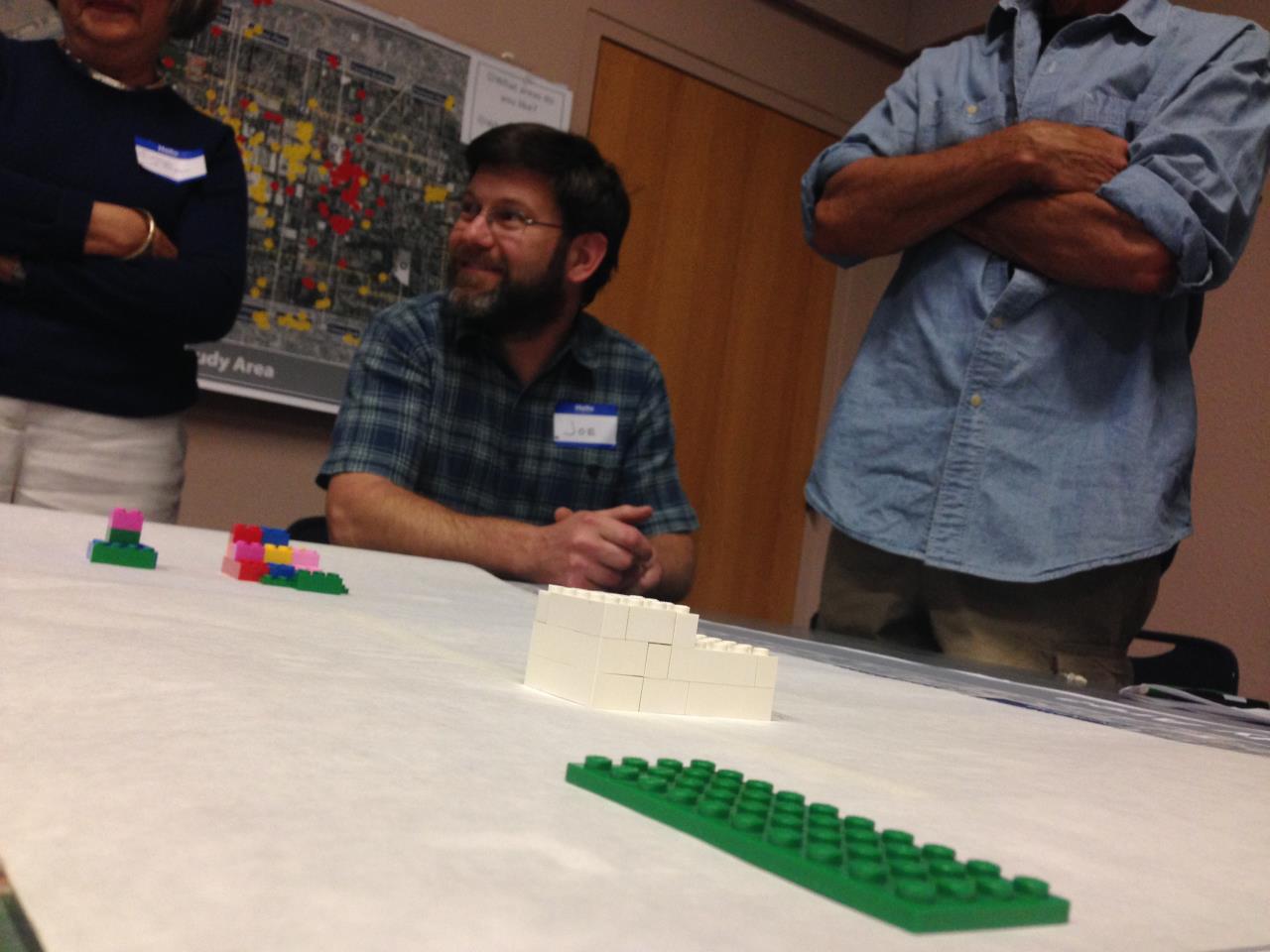 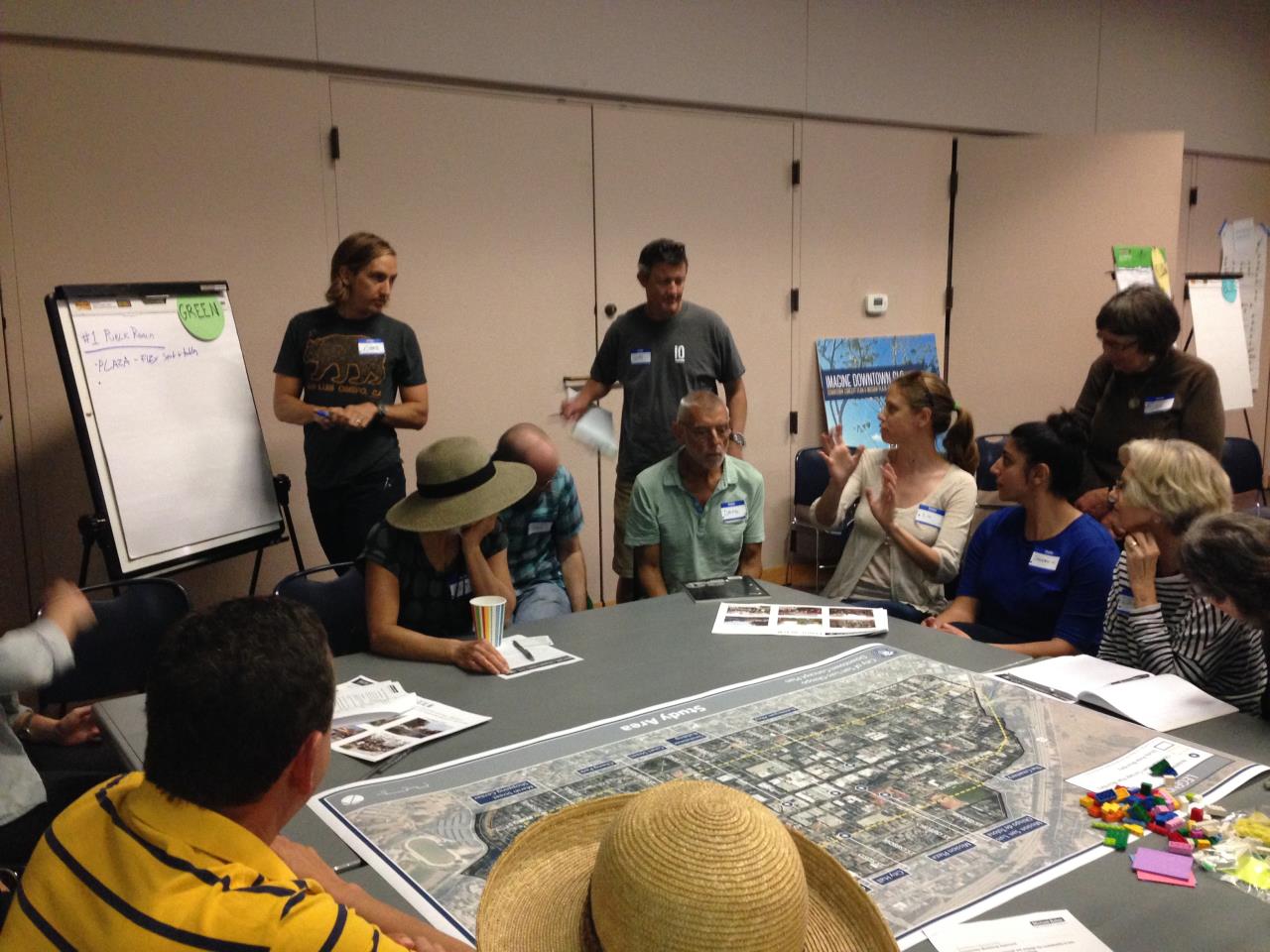 Downtown Concept Plan Summary of Outreach Appendix A and C-H

A joint Planning Commission and City Council study session on both projects' work-to-date took place on Tuesday October 4, 2016, at 6 pm, in the City Hall Council Chambers.

Check back for project updates, or stay informed about these and other topics by signing up for eNotifications. (Check Downtown and Mission Plaza boxes.)