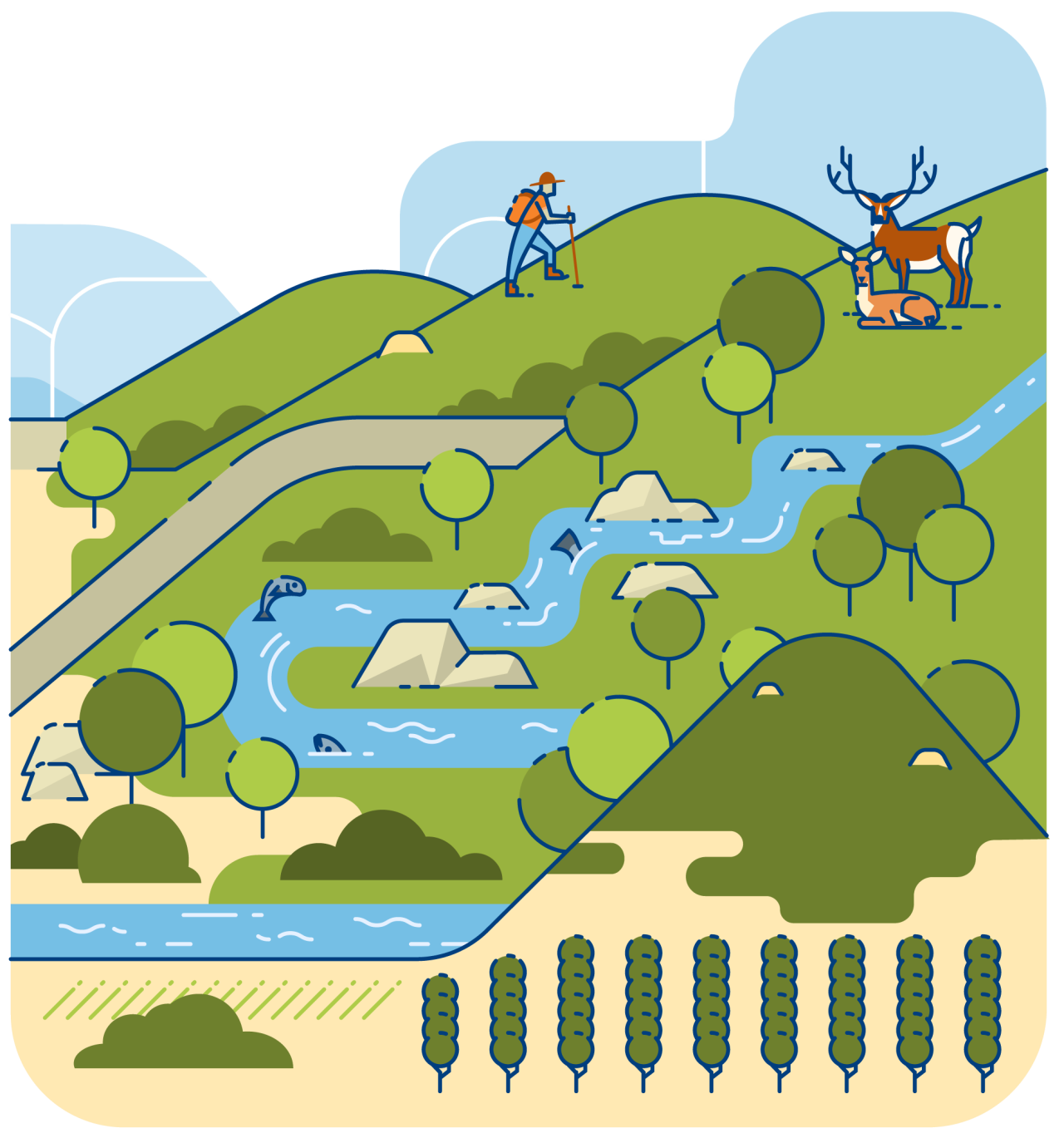 Flood Control Program: The City partners with the County of San Luis Obispo, who oversees the Zone 9 Flood Control District. City staff performs annual creek inspections to determine where debris jams may have formed and removes them to ensure there is as much capacity in the channel to carry elevated stormflow as possible. Staff respond to calls from the public related to fallen trees and branches that could catch additional debris and cause additional problems. The guiding document for flood control projects and objectives is the Waterway Management Plan. Understanding the hydrology of the creek and the hydraulics of certain key areas of the creek is the goal to ensure our efforts to prevent flooding are as comprehensive as possible.

Stormwater Management Program: The Office of Sustainability is the lead in a cross-department, City-wide effort to address/reduce pollution and capture stormwater in the winter for use later when water is scarce like late summer. The City has a Stormwater Management Plan which identifies program elements assigned to different divisions across the City.

Creek Surveys: The City is partnering with the California Department of Fish and Wildlife in their efforts to monitor the threatened South-Central Coastal California Steelhead trout (Oncorhynchus mykiss). Fish Bulletin 180 from the Department outlines a monitoring framework for salmonids over a 30-year time period. The City is also partnering with the US Fish and Wildlife Service for more in-depth study of Pacific lamprey (Entosphenus tridentatus).

Habitat Restoration: City staff work to identify problem areas in the creek and identify projects and partners to fix them. Issues like creek bank failure/erosion, places where non-native trees or vegetation are encroaching, or where fish barriers exist are documented and plans developed to restore the functions and values of the creek in protection of the flora and fauna that rely on the creeks.