The San Luis Obispo City Fire Department is teaming up with the National Fire Protection Association (NFPA)—the official sponsor of Fire Prevention Week for more than 90 years—to promote this year’s Fire Prevention Week campaign, “Not Every Hero Wears a Cape. Plan and Practice Your Escape!” The campaign works to educate everyone about the small but important actions they can take to keep themselves and those around them safe.

In a typical home fire, you may have as little as one to two minutes to escape safely from the time the smoke alarm sounds. Escape planning and practice can help you make the most of the time you have, giving everyone enough time to get out. While NFPA and the San Luis Obispo City Fire Department are focusing on home fires, these messages apply to virtually any location.

The San Luis Obispo City Fire Department is hosting a series of events in support of this year’s Fire Prevention Week campaign, “Not Every Hero Wears a Cape. Plan and Practice Your Escape!” including exhibits at the Downtown Farmers’ Market on Thursday, October 10, and an Open House at Fire Station One from 10 a.m. to 1 p.m. on Saturday, October 12. Fire Station One is located at 2160 Santa Barbara Avenue. 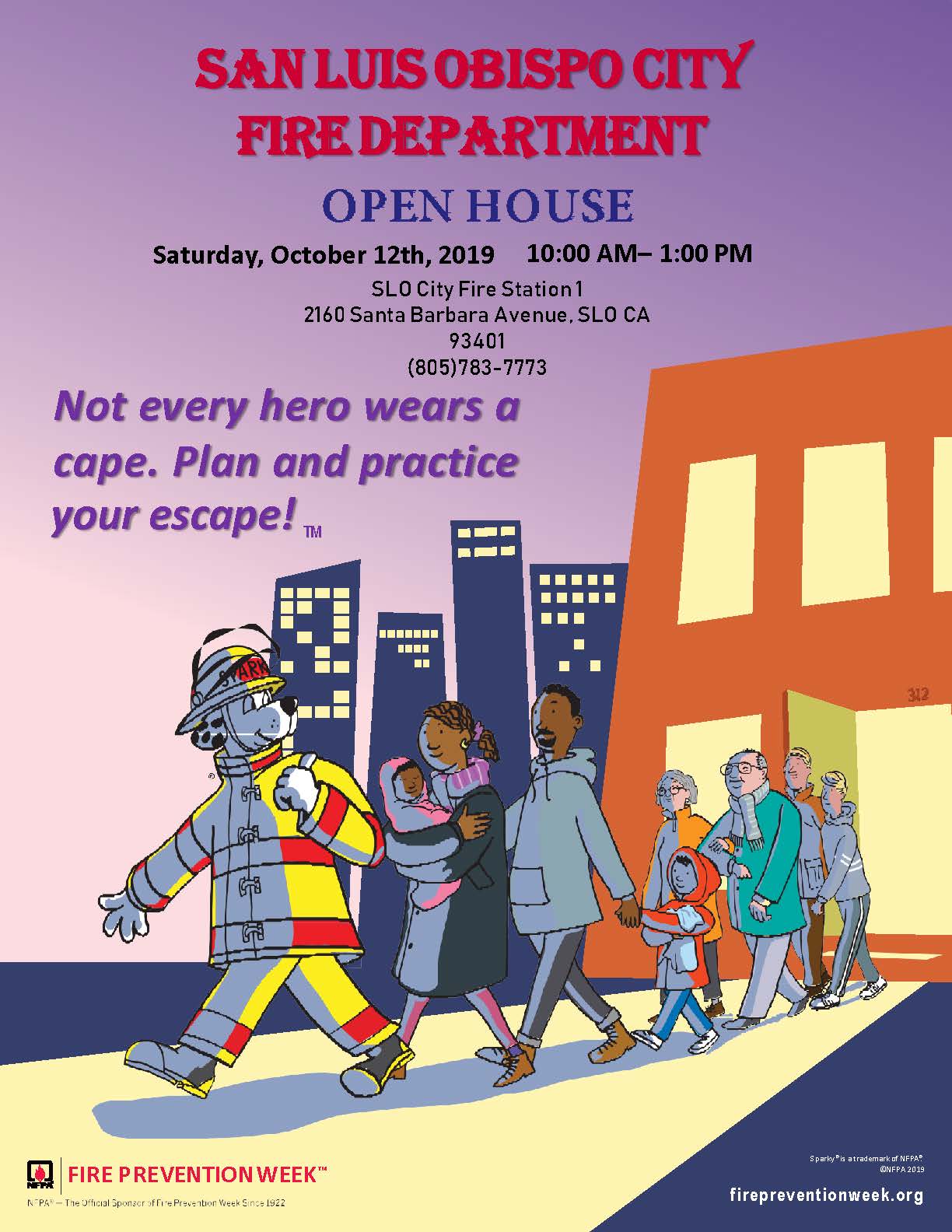