On Thursday, August 1 the City learned the official San Luis Obispo County Justice Information System (CJIS) included incorrect information regarding the individual in question’s probation status. That information was the basis for our statement on July 29, and for our detectives’ reasonable belief that the individual was on active probation with search terms that permitted search of the home without a warrant or probable cause. The City is working with the County and court system to understand how the incorrect information was entered into the system. Based on all facts currently available to the City, we believe our detectives acted appropriately and in reasonable, good faith reliance on the official information available to them at the time. We are grateful they secured the safety and wellbeing of the children involved.

The City of San Luis Obispo has been transparent about this incident from the beginning. Recent allegations and insinuations are simply not true. The following facts are provided to ensure accurate public information.

Chief Cantrell took several actions when she realized her gun was no longer in the restroom at El Pollo Loco within the following 2 hours:

There was a delay in issuing the law enforcement notification teletype (BOLO), which was the product of an internal miscommunication, but there was no direction from anyone including the Chief not to send the teletype.

The City Attorney has reviewed the facts of the search of the home and resulting arrests for child neglect and is confident that San Luis Obispo Police Department Detectives acted legally and appropriately. One of the individuals arrested is on searchable bench probation and the Probation Department was on site at the time of contact. The terms of the probation include a requirement that he submit to searches of his person, home or car, on request by any law enforcement officer, without a warrant or probable cause. In addition, the condition of the home that led to the arrests was visible from the front door. No doors were kicked down and the minor children were not kept at the Police Department overnight. The Police Department was not notified that the gun was located in Los Osos until Thursday, the day after the arrests.

We applaud the San Luis Obispo Police Department Detectives and our law enforcement partners in the Sheriff’s Department, Probation, and Child Protective Services for ensuring the safety of the children involved and trust that all other matters stemming from the incident will be fairly and appropriately resolved through the criminal courts and Child Protective Services.

I have concluded my consideration of the investigation into Police Chief Deanna Cantrell’s actions on July 10, 2019 that resulted in the loss of her firearm. An independent investigation was able to be quickly completed because Chief Cantrell was transparent and forthcoming in reporting the inadvertent loss of her personal firearm in a restroom and fully cooperated with a thorough follow-up investigation. A thorough review of security footage confirmed facts reported by Chief Cantrell to the City Manager and to the Police Department.

Based on the facts of the incident and other considerations I will explain below; Chief Cantrell will receive the following consequences and follow-up actions:

I believe the public has a right to expect law enforcement be held to the highest standards of conduct. Carrying a firearm is a significant responsibility. Chief Cantrell violated Police Department policies and did not meet the high standards for safety and attentiveness expected of her role in the community. In the interest of public transparency and in the spirit of moving the organization forward, the Police Chief immediately and publicly disclosed her actions, accepted responsibility, and apologized. Additionally, although not required to release what is otherwise confidential personnel information per PC 832.7, Chief Cantrell is maintaining her transparency by allowing her discipline to be shared publicly.

I continue to have confidence in Chief Cantrell’s leadership of the Police Department in a positive, and professional manner ensuring a workplace and community that is safe and devoted to the highest level and standards of service. I have no doubts that this experience will drive Chief Cantrell to be even more vigilant, in both her leadership of the Department and her own personal conduct.

Her clear and decisive actions enabled investigators to quickly establish a verified timeline of events, identify a suspect and distribute a photo of the suspect to the public, which ultimately led to the safe return of the firearm. This matter has not been referred to the District Attorney’s Office because it does not to meet any of the legal thresholds for criminal prosecution.

I am grateful for the individuals who reported and then safely turned in the firearm after it was taken from the restaurant. The City also wishes to express our sincere appreciation for the collective actions of members of the public and our law enforcement partners from other agencies who helped ensure no one was harmed as a result of this incident. For that, the City is grateful.

Chief Cantrell displayed integrity throughout the incident, which is consistent with the high standards she sets for herself and her department. She immediately reported the incident, took full responsibility, initiated an investigation and ensured the firearm was added to the national database. All these factors weighed in making my decision on corrective measures moving forward.

This is the information that the City is able to make available and no additional information will be provided.

This evening, a man called the Sheriff’s Office and said his brother-in-law was in possession of the firearm and that he would bring him to the Sheriff’s Coastal Division in Los Osos to return the gun. Sheriff’s officials verified the gun Mangan had was the stolen firearm.

Investigators from the San Luis Obispo Police Department then went to Los Osos to recover the firearm and interview the suspect who was identified as Skeeter Carlos Mangan, 30.

During the interview, Mangan admitted to finding the firearm in the restroom at El Pollo Loco, putting it in his pocket, and returning home to Los Osos.

We want to thank the community for their support and help in locating the firearm by sharing information on social and online media. Broad community awareness helped law enforcement quickly identify Mangan.

Inquiries regarding the stolen firearm should be directed to the San Luis Obispo Police Department's Captain Chris Staley at (805) 781-7142.

I appreciate the interest and concern that has been expressed by our community and an investigation is underway. There is no additional information to provide at this time, but we will keep the community updated.

We are continuing to look for a person of interest who police believe may have taken the firearm, and locate the weapon. Anyone who can help identify the man in the photo should contact police at (805) 781-7312.

Wednesday, just after noon, Police Chief Deanna Cantrell was eating lunch at the El Pollo Loco on Los Osos Valley Road. She went to the restroom and inadvertently left her personal firearm in the stall. Within minutes, she realized her mistake and went to the restroom to retrieve it, but it was no longer there.

Chief Cantrell obtained video footage from the business and observed a man entering the same restroom minutes after she left. He is described as balding, wearing a black jacket, lime green and blue striped shorts and sunglasses. He remained in the restroom for approximately two minutes and then left through the same entrance where he had entered, near the Dicks Sporting Goods parking lot.

After the man left the restroom, a boy approximately 10 years old entered and left, followed by an adult man. Both were still in the restaurant and questioned. Neither reported seeing a firearm.

The San Luis Obispo Police Department is continuing its investigation and asks anyone with information about this incident to call (805) 781-7312.

I want to assure our community that protecting the public’s safety is our number one priority. I have personally spoken with Chief Cantrell, who apologized for this mistake and has voluntarily agreed to attend training on firearms safety practices. She has also vowed to use this incident as a training opportunity for all officers in the department. Having carried a firearm safely for 25 years, she is committed to serving as an example of the level of vigilance that must be maintained at all times, regardless of experience or rank. 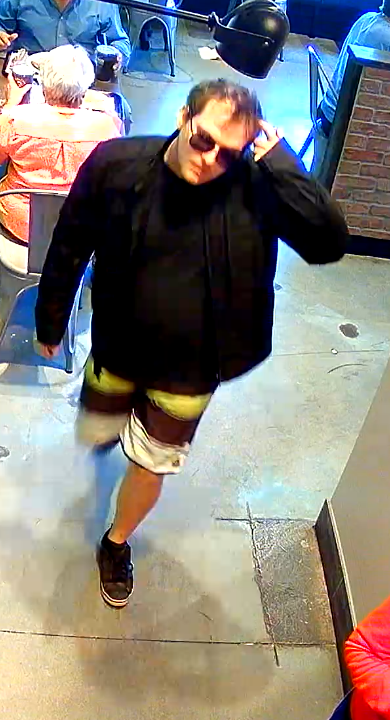 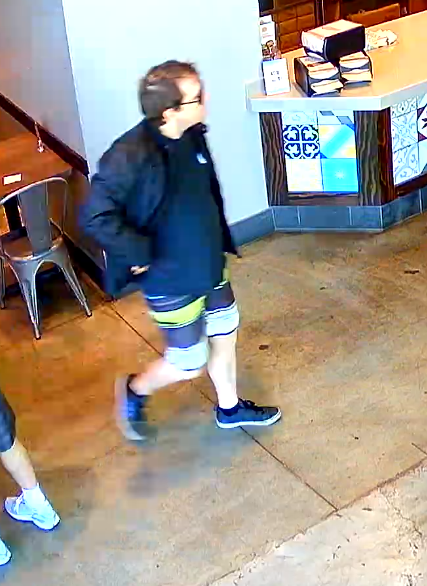